SAN JOSE, CA, June 27, 2012 – Cisco today announced the availability of Cisco Connect™ Cloud, a software platform for Linksys® Smart Wi-Fi Routers that redefines and dramatically simplifies how consumers connect, control and interact with their connected devices, including personal entertainment and home appliances. Cisco Connect Cloud is designed to handle all the tiresome and complicated technical aspects of home network set-up and connecting devices to the network. This enables the average person to get on with using and enjoying their Internet service, as well as a wide range of new uses enabled by the home network.

Additionally, Cisco unveiled the first set of mobile apps from third party developers that provide extended experiences to Linksys Smart Wi-Fi Routers. There are six new developer apps including an app that lets people search and "beam" online videos to a Smart TV or AirPlay® compatible device; an app that helps install home monitoring cameras and enables monitoring at home and on the go; and apps that give parents easy ways to keep their children safe online, even when mom and dad are not at home.

"We are changing the game when it comes to the connected home by ushering in a whole new level of experiences, simplicity and convenience," said Brett Wingo, vice president and general manager, Cisco Home Networking. "The next-generation connected home is being brought to life for our customers with Linksys Smart Wi-Fi Routers, Cisco Connect Cloud, apps and our partnerships across the industry."

SimpleTap - Connecting devices with as little as one tap

With the proliferation of mobile devices in the home, consumers are increasingly needing to connect their new devices to the home network − a task that many find complicated and time consuming. With SimpleTap, connecting devices to the home network is magically simple. When installing new devices such as Smart TVs, printers or tablets, anyone can now use the Cisco Connect Cloud mobile app on their smartphone to get their compatible device connected in a matter of seconds. Connecting is as easy as pressing the virtual Wi-Fi Protected Setup button in the mobile app and, in the near future, as easy as scanning a Near Field Communications (NFC) tag that may be bundled with or integrated in various consumer electronic (CE) products.

Because of the importance of superior usability in the connected home, Cisco has been working with a range of CE device and home appliance manufacturers on partnerships that deliver better experiences to a mutual and broader set of customers. Cisco's newest partnership is with Onkyoâ, an international CE manufacturer that has included the SimpleTap functionality in their new wireless 7.1 AV Receiver.

"We share the vision that the connected home should be simple and enjoyable, and we are proud to be the first consumer electronics partner to incorporate Cisco Linksys' SimpleTap technology into our new AV receivers," said Nobuaki Okuda, president, Onkyo Sound & Vision Corporation. "SimpleTap really simplifies how our new 2012 AV receiver can be connected to the network, so people can instantly enjoy their favorite tunes from music streaming services such as Pandora, Spotify, SiriusXM Internet Radio and many other services."

Apps give new levels of control and convenience

The six new mobile apps available today can be obtained through the Apple App Store or Google Play Store (formerly known as Android Marketplace). These apps can enhance entertainment experiences, make consumers lives easier, and help make the web safer. The spectrum of apps will continue to expand with apps from Cisco and additional third-party developers. The first six mobile apps for Linksys Smart Wi-Fi Routers include:

Cisco also announced the opening of its Linksys Developer Community to assist app developers interested in working with Cisco to expand the Cisco Connect Cloud home network platform for Linksys Smart Wi-Fi Routers. More information can be found at here and at http://developer.cisco.com/web/ldc.

Cisco Connect Cloud is available for free starting today. Current Linksys Smart Wi-Fi Router owners will get an automatic update notification or can download the update manually at www.linksys.com.

The free Cisco Connect Cloud mobile app can be installed or downloaded today through the Apple App Store, Google Play or Amazon Appstore for Android. The six new developer apps outlined above are either available now or will be shortly. All third-party apps have variable pricing as set by the vendor, and can be found on the Apple App Store or Google Play Store.

Cisco (NASDAQ: CSCO) is the worldwide leader in networking that transforms how people connect, communicate and collaborate. Cisco's vision for the consumer is to transform the home network into a solutions and services platform that delivers great customer experiences. Further information about Cisco and its full line of home networking products can be found at www.linksys.com.

Cisco, the Cisco logo and Linksys are trademarks or registered trademarks of Cisco and/or its affiliates in the U.S. and other countries. A listing of Cisco's trademarks can be found at www.cisco.com/go/trademarks. Third-party trademarks mentioned are the property of their respective owners. The use of the word partner does not imply a partnership relationship between Cisco and any other company. 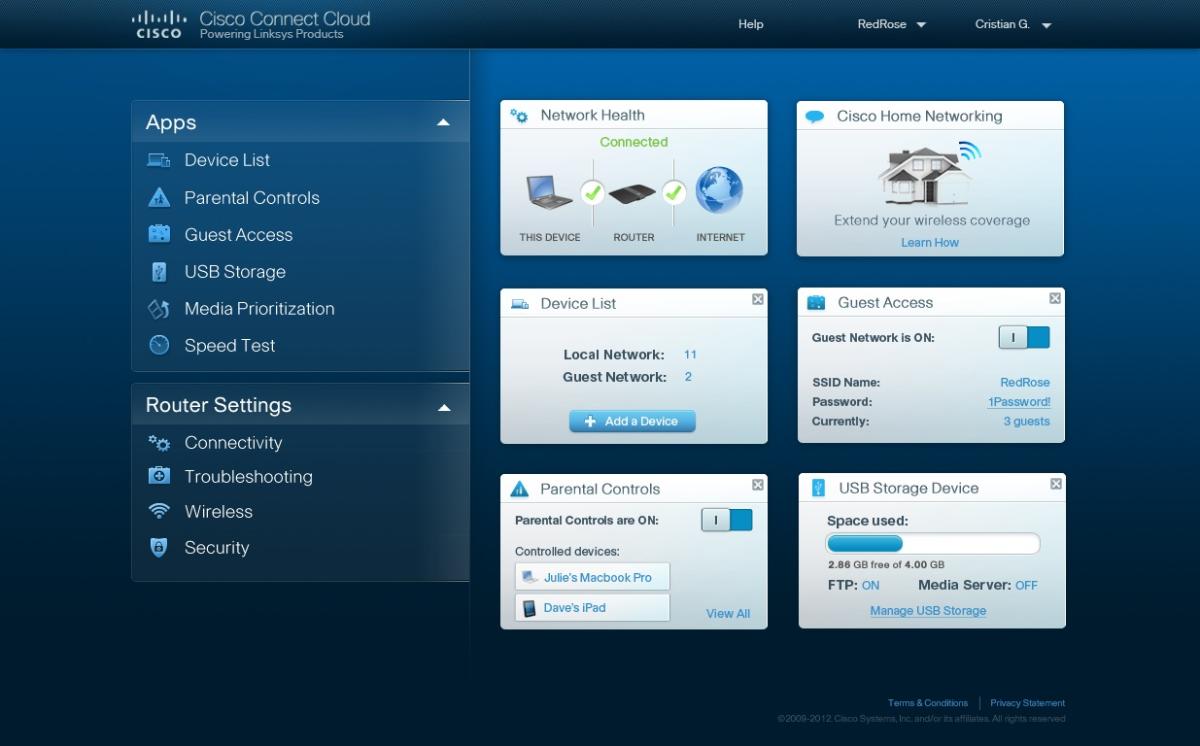 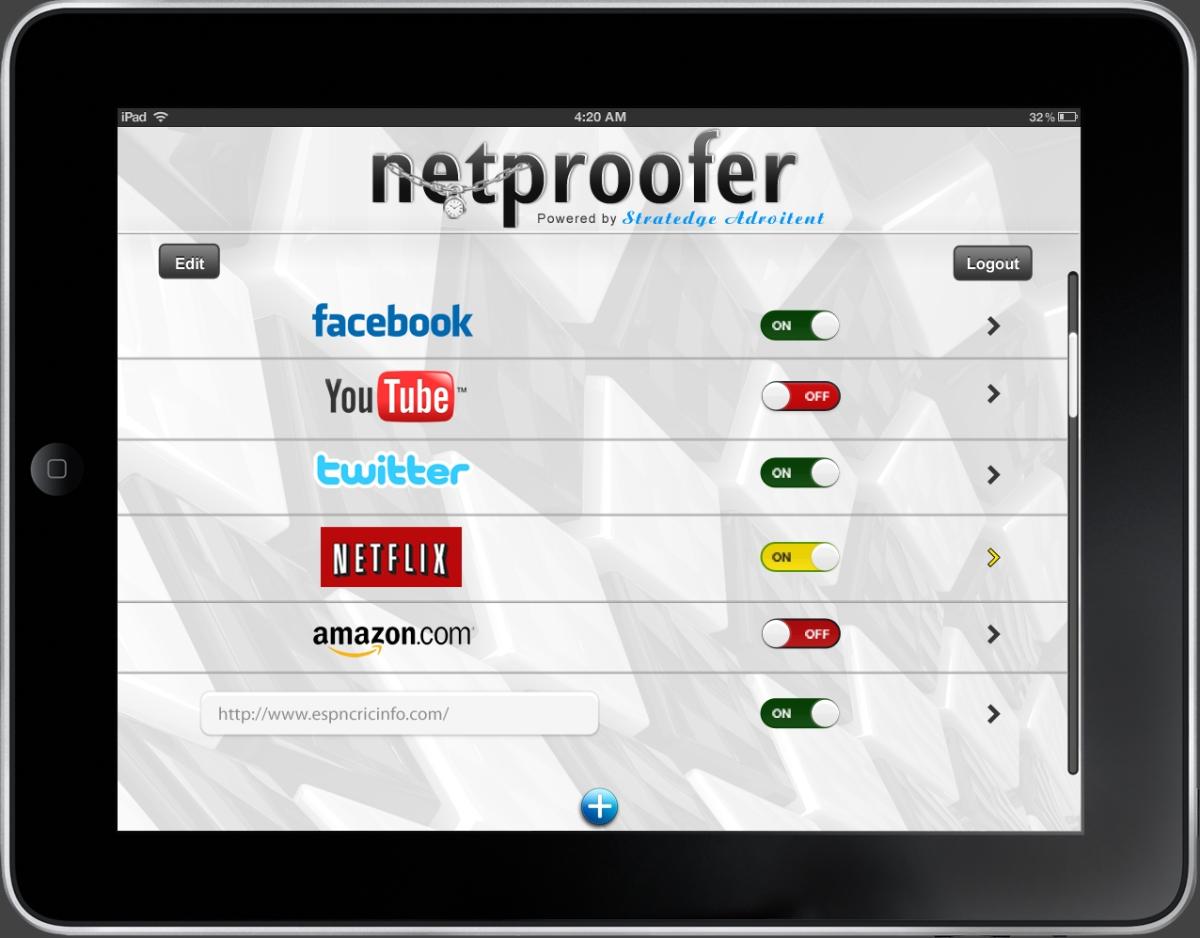