The CTO for UK and Ireland is looking towards the next generation. 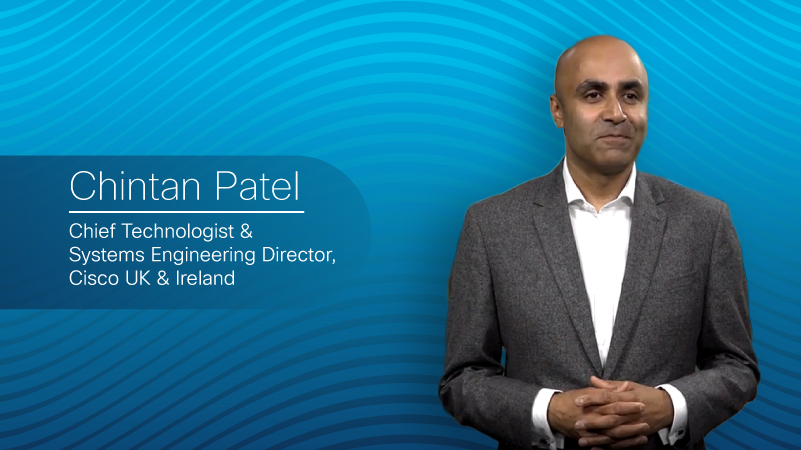 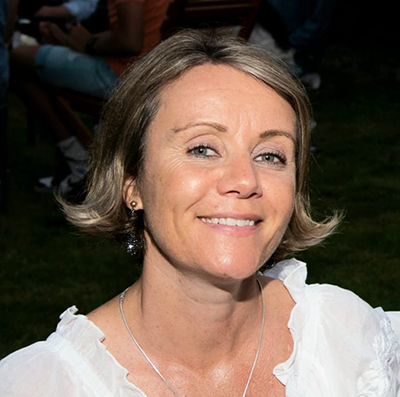 As a teenager in London, Chintan Patel’s neighbour, Mr Singh, a maths professor, gave him the careers advice that would change his life. “Do something with technology,” counselled Mr Singh. “Business and finance will serve you well. But technology is going to transform the future.”

During his time at college, Patel took an assignment at an accountancy firm. After a week of number crunching, he realised it wasn’t for him and he remembered the advice he had been given. Timely, as he was about to choose his path at university. Patel went on to study a unique combination at the time, a joint honours in computer science and economics at Brunel University. The doorbell rings. “Sorry. Parcel.” He disappears, and reappears seconds later, picking up our conversation without missing a beat. “I have always been passionate about technology and what it can deliver.”

After a variety of jobs: building some of the UK’s first Internet infrastructure, being involved in early web and application design, along with serving on a Y2K emergency callout team, Patel has worked for both large and start-up organisations. He made the leap to Cisco 16 years ago and hasn’t looked back since – having had stints across the company in various geographies and functions. Patel believes it was his choice to be a generalist, rather than a specialist, that has contributed to his success. The balance between his business and technology lenses giving him a unique perspective.

Since being appointed CTO, Cisco UK & Ireland in February 2019, Patel has gone on to build a new organisation, bringing together the technical community in the UK and Ireland against the backdrop of the pandemic and global lockdowns. Over the past two years, his team has supported Cisco’s customers from the buildout of networks and communications at emergency response hospitals, to supporting schools and universities to deliver remote education.

Reflecting on his working style, he pauses before saying, “I’m a glass half full person and am extremely positive about all the things that we do as a company. I like to bring people together to solve problems and unravel challenges. We are so fortunate to have amazing people at Cisco that help us do that.”

Having had a mentor from such an early age, guiding others comes naturally to Patel. “I’m a connector/equaliser,” he says, “I’m always trying to be fair and do the right thing for the company and the team, always trying to make opportunities equal. In many ways, I believe the Internet is one of the biggest equalisers of all. That’s why I’m so passionate about digital connectivity. Because it gives people the chance to do things, they wouldn’t have had access to before.”

To that end, he’s looking at the next generation. Patel is a champion of teaching science, technology, engineering, and maths (STEM) — or STEAM if you include the arts. And has helped to drive “hackathons” for university students, including the UK’s largest female and non-binary hack, which set to find ways for tech to help tackle major challenges like sustainability and plastics in the ocean.  His team’s work on national programmes that drive innovation is something he is very proud of – having a material impact on the lives of citizens through solutions created at scale is something that inspires him.

As a firm believer in technology as an enabler of diversity, however, Patel believes there is much more to do. “I look at my organization and we’re not where we need to be,” he said. “We've made strides, but we’ve got to be more proactive across all spectrums of diversity.” He admits.  “Knowing and willing is not enough anymore, as leaders we must act”.

Innovation is a huge source of inspiration and fascination for Patel. He sees the potential — and the challenges — of emerging technologies like AI or quantum computing and is excited about what’s ahead for Cisco “We're just at the tipping point,” he explained. “Our future is going to be fundamentally driven by technology — digital technology. And Cisco's going to play a huge role in building the fabric of that future.”

When he’s not working, you’ll find Patel playing or watching sports (although he admits he doesn’t have as much time to play as he once did). His two daughters keep him busy with a plethora of afterschool activities. As a family they enjoy the time they have together on long walks and bike rides in the countryside. He does confess that his daughters are now giving him a good challenge when it comes to basketball and cricket.  When he does have moments to reflect on his role as a leader at Cisco, Patel compares it to watching a sporting match. For him, it’s about cheering on others, seeing their success, and celebrating their achievements.

“I’m from a very humble background, and it’s advice and guidance from people like my neighbour, that have helped me get to where I am” he emphasises. “So I want to make sure that I play a role in helping others grow if I can. Really, I think I have one of the best jobs in the company, because I get the chance to be involved in so many incredible things. It's a unique position to be in and I love it.” 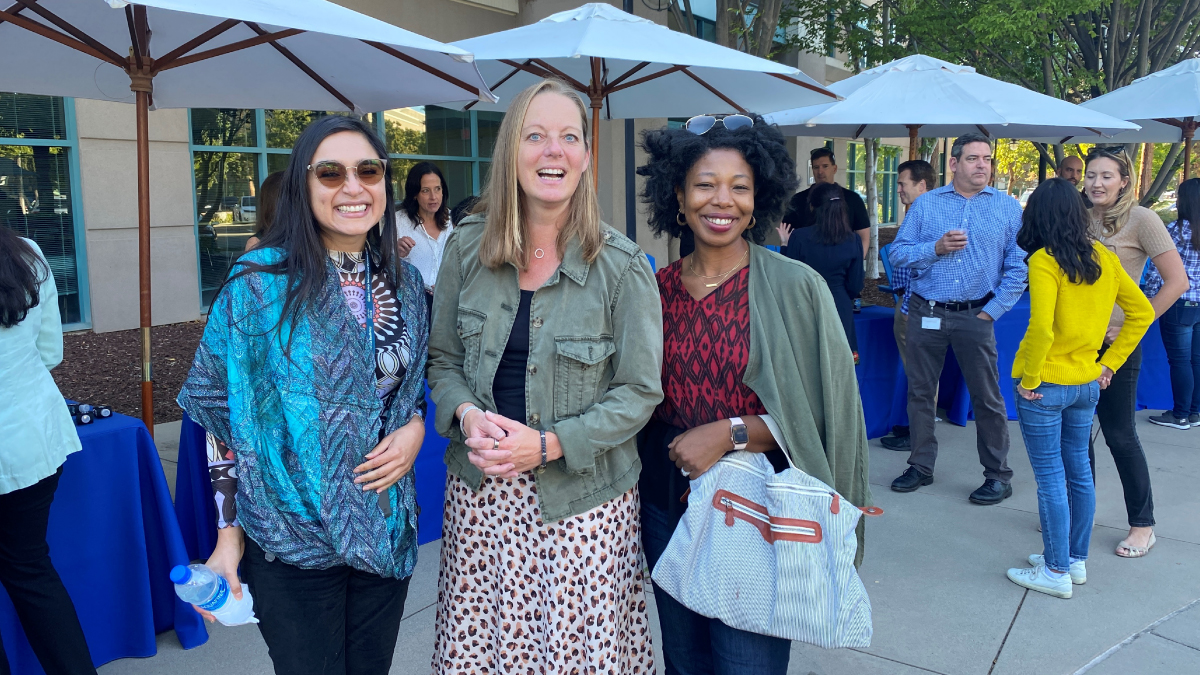 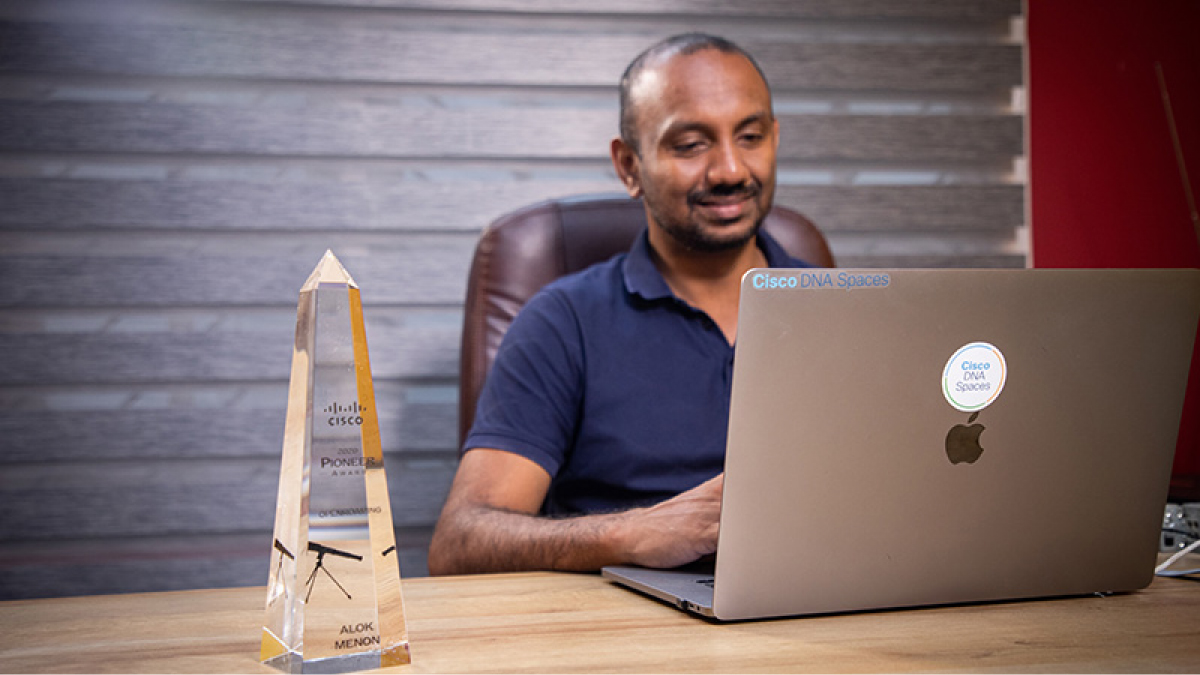 Innovation Impact
How I Work: how Alok Menon discovered his rhythm
How hybrid work has boosted morale and commitment