Hybrid work in 2022: A look ahead from Cisco customers

We sat down with customers to ask how pandemic changes might shape our world of work. 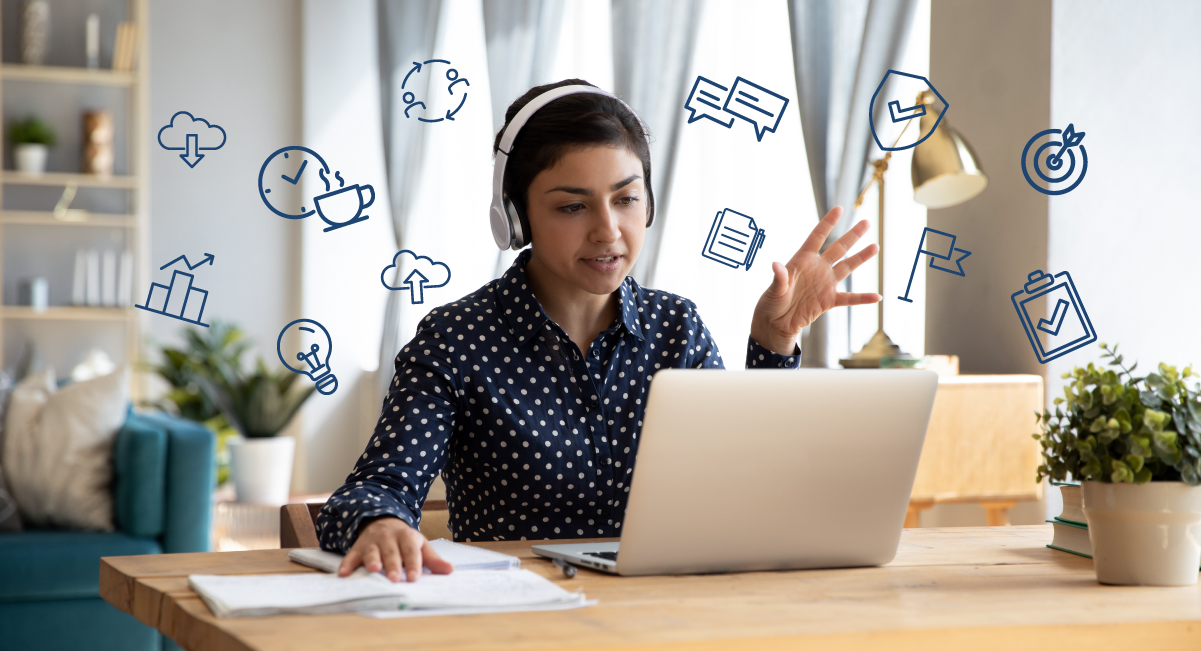 It’s safe to say that we are relieved to put most things COVID in our rearview mirrors when we can. We cheered when fairgrounds went back to being fairgrounds, when cotton candy vendors and Ferris wheels replaced makeshift hospitals and testing sites. And even those who aren’t usually fans of tradeshows may welcome their next chance to travel for work.

But while we’re eager to put many things behind us, we also learned things during the pandemic that we’ll want to carry forward. What positive changes did the pandemic push into existence? How might they shape our post-virus world of work? And what do we still need to tackle?

We sat down with Cisco customers (virtually, of course!) to find out as we ring in the new year. Here’s what they had to say.

City and County of San Francisco Department of Technology

The early days of the pandemic brought massive challenges to the IT teams of cities and counties worldwide. San Francisco was no exception. Like their peers around the world, CIO Linda Gerull’s team turned convention centers into emergency management centers (powered by Webex contact centers!). They expanded wireless services to connect kids when schools shut their doors. They went from a handful of telecommuters to tens of thousands of them.

Amidst the challenges, there were some silver linings. For instance, they had begun a major network upgrade in 2019. As part of their move to software-defined networking (SDN), they placed a Cisco next-generation firewall, Firepower, just outside a key data center. Little did they know this change would allow them to support the deluge of VPN sessions their COVID-era telecommuters brought surging onto the network.

“When the pandemic hit, our move to SDN proved key. It was a big deal because we had never really tested it before—we have never had this kind of demand on the city infrastructure,” said Gerull. “Even though we were only partially through the project, our Cisco network allowed us to be very agile and flexible.”

Also, the team was able to accelerate a key project and reap an annual $6 million savings months ahead of schedule. They decommissioned legacy technology and standardized on Cisco telephony more quickly than planned; because people were working remotely, they didn’t have to wait for the network to be done at each site. “Cisco Expressway allowed workers to use softphones without even having to VPN in, so we moved entire departments off the legacy system ahead of schedule.  This saved a significant amount,” said Gerull.

The pandemic also pushed the team to think out of the box when it came to some ingrained work habits—and they may never go back. For instance, when lockdowns prevented them from using the whiteboard in the office to sketch network changes, they switched to the whiteboard feature in their collaboration tool — and found they like it even better. And when remote work meant they no longer could know who was around with a scan of the hall and breakroom, they again turned to their collaboration tool and started a space to share updates like “out to lunch” or “walking the dog” or “working onsite”; turns out it’s a much simpler way to keep track of who’s doing what. And a city-wide chat rollout—5,000 new Cisco Jabber users went online in short time—means connecting with anyone in any of the 52 departments is now easier than ever.

Seeing the public through hybrid eyes

Some pandemic-forced changes were resident-facing ones. These, too, will likely impact the future. Commission meetings, where residents get to speak their minds on issues ranging from budgets to ethics to policing, are normally held in person but went virtual during COVID. While it’s unlikely that such meetings will be fully remote in the post-COVID world, the experiment opened eyes to how a hybrid environment can serve the public.

“Some members of the community aren’t very tech savvy—that may be surprising to hear about San Francisco, but it is true everywhere,” said Gerull. She noted that 100% virtual meetings might leave out residents without access to tech or enough digital literacy, but Gerull also acknowledged the greater transparency and accessibility from holding remote meetings. This is especially true with the automatic language transcription and presentation features available in Webex. “Greater access means more transparency, and more transparency is better for all of us. Perhaps there is a hybrid solution moving forward.”

The future of hybrid work

What will be their biggest challenge moving forward in a hybrid work world?

“One of our biggest challenges is perception,” says Gerull. “While many private sector companies have easily adopted hybrid work, we have the eyes of the taxpayers on us. Some think that people working from home aren’t as productive.” She noted that internal metrics revealed that productivity had gone up, and she is sure that their ongoing work and projects will help to change residents’ perspective on how effective hybrid work is for public government.

As San Francisco recovers, the City’s Department of Technology is accelerating their aforementioned software-defined network development and VoIP deployment. The latter is already bringing half a million dollars in cost-savings, and the first is quickly bringing more reliable and cybersecure networks to City services and applications — especially important in a world much more familiar with the costs and risks from cyberthreats.

These improvements pave the way toward expanding the web call centers to now serve and assist the public face of various departments. This work has been supported by the flexibility of Webex contact centers, which provided call recording and the bandwidth to use both legacy wire, cellular and soft phones simultaneously. Even as San Francisco iterates on hybrid work, the tools gained are here to stay!

Innovation & Impact
Workers Need Access to High-Performance Broadband for Hybrid Work
75% of workers think broadband services need to dramatically improve to enable them to work from anywhere.
Innovation & Impact
The world’s infrastructure is getting smarter
As cities continue upgrading infrastructure to become smarter, a strong and secure network backbone is essential to support the demand for new services.