What 5G means for remote workers

5G networks are likely to transform the world of remote work. 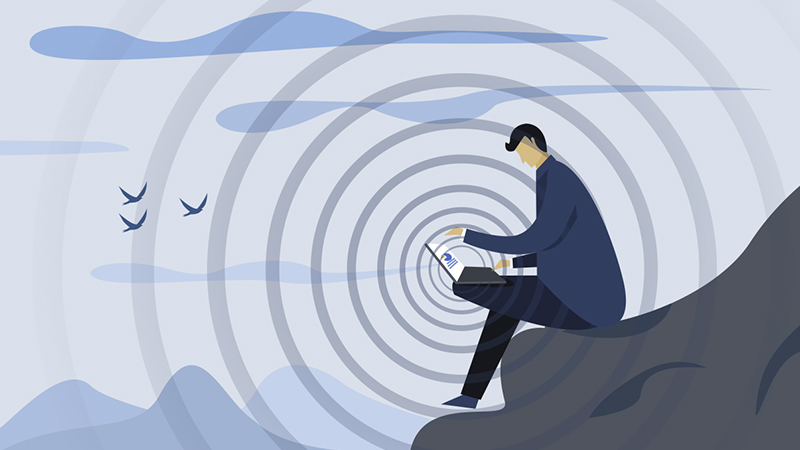 The number of people working remotely in the U.S. has exploded recently, thanks in part to technological advances making it easier to collaborate, send information, edit documents, conduct research and a host of other activities. They are also able to do so from far-flung locations—anywhere from a home office to an airport. Between 2005 to 2017, there was a 159% increase in the number of people working remotely, according to a survey by FlexJobs and Global Workplace Analytics.

But you ain’t seen nothing yet. That’s because new high-speed 5G networks, especially when combined with other technology, are likely to transform remote work. For one thing, according to industry observers, they’ll enable people to transmit and download massive amounts of data easily and almost instantaneously. As important, they should allow employees to perform many tasks remotely that once required they be physically present on site, while also vastly boosting the capabilities of workers in the field.

“The shift from 4G to 5G will fundamentally change how, where, when, and in what ways we work,” wrote Omar Abbosh, group executive for Accenture’s communications, media and technology business, and Paul Nunes, managing director of thought leadership at Accenture Research, in a recent article.

Changes in bandwidth, speed and latency

The reason for this transformation lies with 5G’s increased bandwidth, faster speeds, and low latency, or response times. It all means that remote workers will be able accomplish tasks they couldn’t before with slower and lower bandwidth capabilities.

“Over the next five years, 5G will enable the workforce to become more distributed,” says David Linthicum, chief cloud strategy officer at Deloitte Consulting, “You can be anywhere and have access to unlimited bandwidth.”

He points as an example to an insurance adjuster for a large insurance company who has to evaluate large amounts of data, from photos to statistical analysis. Before 5G, according to Linthicum, completing that job from a remote location was a non-starter, since it would require a long time to download all the relevant information. But 5G’s bigger bandwidth and faster speed should make it possible to retrieve such material in a matter of seconds from just about anywhere, turning the task into an activity perfectly suited to remote work.

These changes also are likely to impact where employees can live, potentially opening up opportunities in rural and out-of-the way places.

“Bandwidth deserts go away,” says Linthicum. “The reason people don’t generally run businesses from, say, Appalachia is because the infrastructure hasn’t been there. Now, those impediments will fall away.”

Furthermore, employees might attend far-flung virtual meetings which would feel as though they’re located right in the conference room, thanks to an avatar that would appear there. Then, a few minutes after the end of that meeting, the individual could attend another one located half-way around the world, where the avatar, once again, would appear. Such capabilities open up the possibility of new work arrangements, in which, for example, people could work as salaried employees for more than one company, according to Abbosh and Nunes.

But the real superpower, say many analysts, is likely to result from the combination of 5G and XR, which includes extended, virtual and augmented reality. According to Abbosh and Nunes, the result will be, “A full-size, ‘digital twin’ of every place and thing that exists in the physical world”, from theaters to operating rooms.

The resulting impact on remote work done in the field could be substantial. “You have the ability to conduct multi-media assisted collaborations you wouldn’t have been able to accomplish before,” says Michael Sullivan, an analyst at Lux Research.

As an example, he points to engineers visiting construction sites. With 5G and XR capabilities, they could get access to, say, a digital representation of what the site is supposed to look like, then change the engineering specs of the building in real-time. “Today, to do that, you’d need to bring the entire computer system with you,” says Sullivan.

This new world of remote work also comes with challenges, of course. For example, companies will need to address different ways of creating and maintaining a cohesive organizational culture, as fewer employees interact in-person. More fundamentally, prevalent and long-standing assumptions about remote work may need to evolve.

“There’s still an attitude that, if you’re not there, you’re not working,” says Linthicum, “Culture takes a while to change.”

A key element will be creating a new set metrics for measuring performance, with more focus on productivity, and less on sheer hours worked.

Another potential problem is burnout. Employees who can labor virtually anywhere, at any time, run the danger of working a 24/7 schedule. “They may be tempted—or expected—to be on the job around the clock,” according to Abbosh and Nunes. There, again, organizational culture will need to adapt to fit the needs of both remote workers and their employers.

Innovation & Impact
Cisco embraces Private 5G As a Service and OpenRAN
Principal Analyst Will Townsend shares how Private 5G As a Service can accelerate digital transformation within the enterprise.
Innovation & Impact
The wireless network that powers a city
The Cisco wireless network at Mobile World Congress has a role to play in the economy of Barcelona.