A new system operates faster and safer than humanly possible. 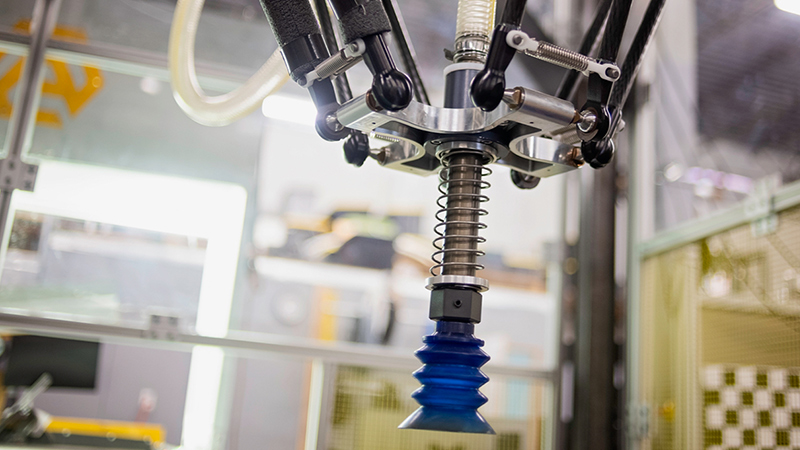 Deployed for healthcare, environmental and even bartending duties around the world, robots have just been enlisted to sort through waste flowing through a Florida recycling plant, where they perform faster and safer than humanly possible.

The 14 high-speed, precision robots installed this summer at Single Stream Recyclers (SSR) in Sarasota are guided by an artificial intelligence platform that applies computer vision and machine learning to direct the robots’ rapid-fire movements.

“The average human can pick 30-40 items per minute. The robots can pick 80 items per minute,” said John Hansen, co-owner of SSR, which processes materials from numerous Southwest Florida communities at its nearly 100,000-square-foot recovery facility. 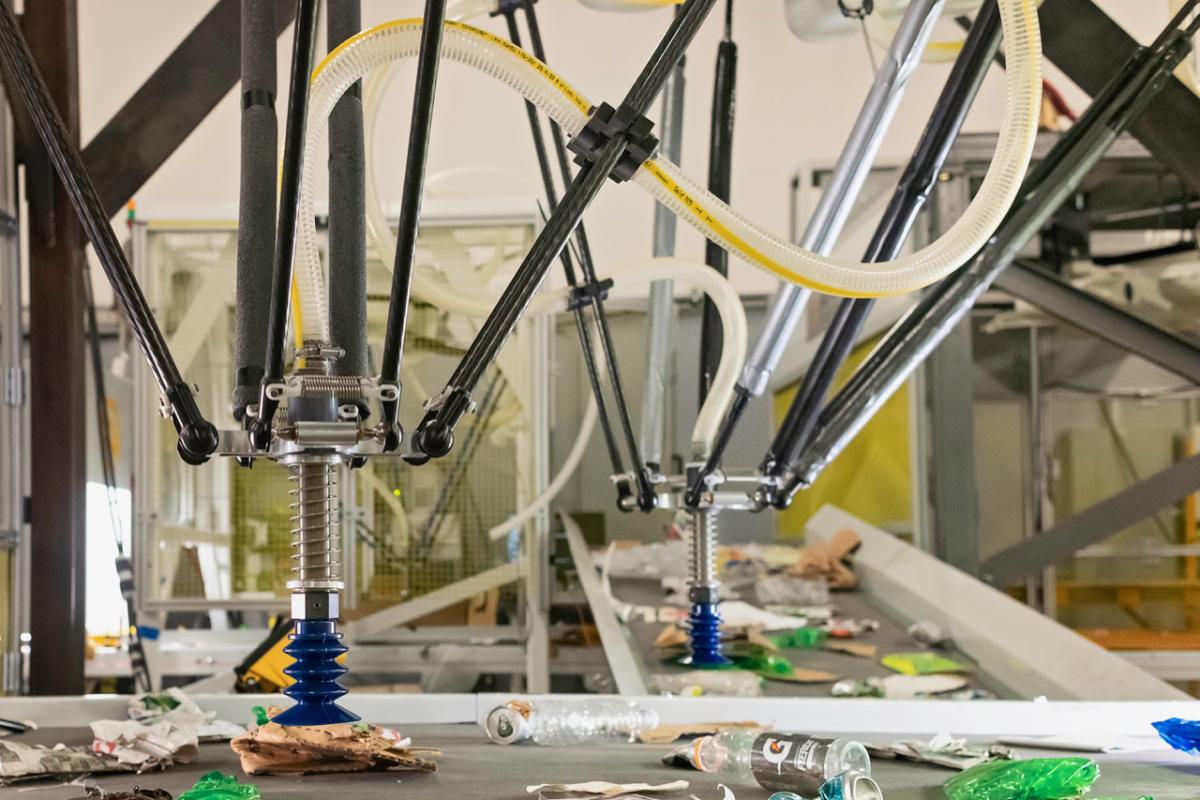 Developed by Denver-based AMP Robotics, the robots identify and sort plastics, cartons, paper, cardboard, metals and other materials streaming through their cube-like housing. Suspended by a steel frame above the conveyor belt, each robot has a rubbery gripper attached to spider-like arms. The gripper uses compressed air to create a vacuum to pick up an item and then a blowoff to drop it in the designated bin.

“SSR represents the most comprehensive application of AI and robotics in the recycling industry, a major milestone not only for us, but for the advancement of the circular economy,” said AMP Chief Executive Officer Matanya Horowitz, who founded AMP in 2014.

“In the early days there were some hard knocks, such as large pieces of debris coming through and disabling the arm,” explained Chris Wirth, AMP vice president of marketing. “But field testing in such a complex environment proved invaluable as we refined the system's performance and reliability. Since then, the technology has become much more proven. It’s quickly progressed from a pilot project and into full commercial production.” 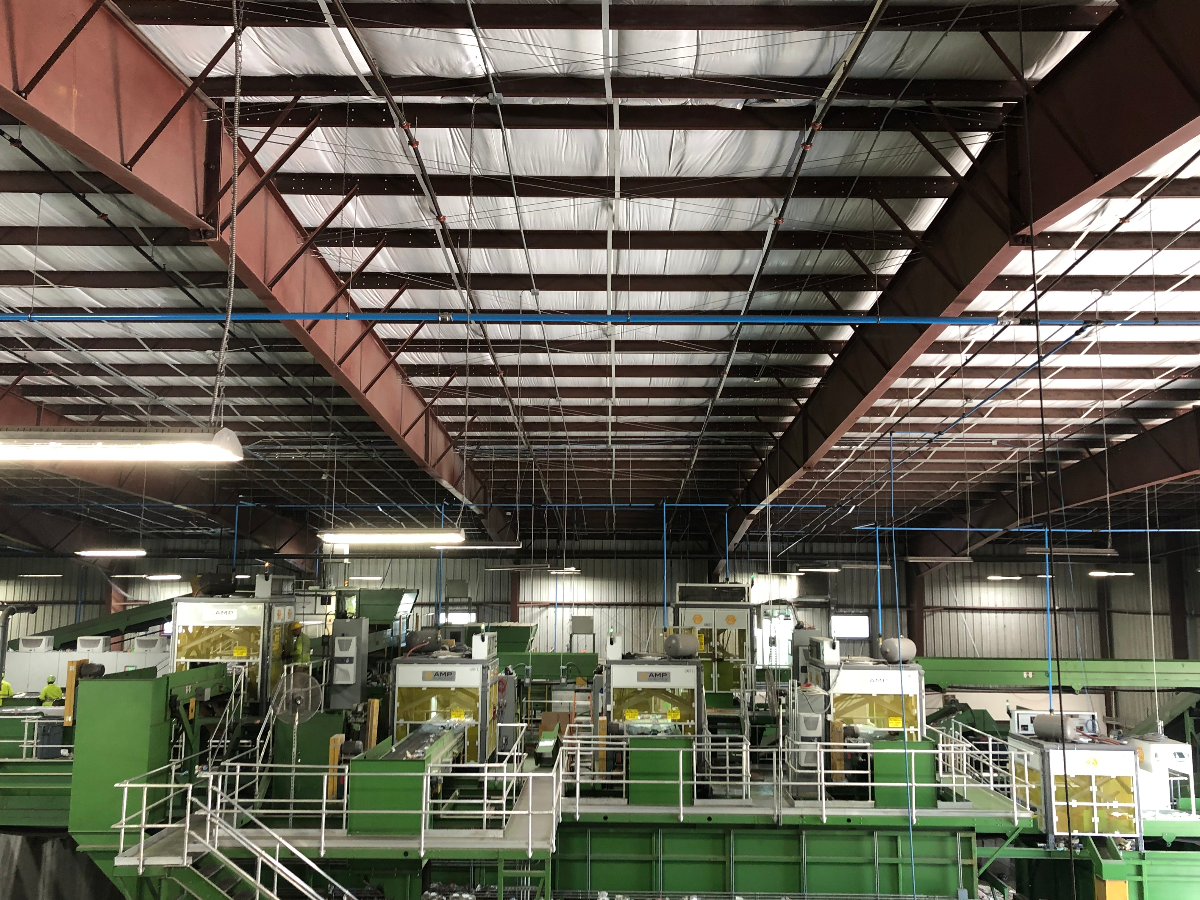 Recycling is one of many recent breakthroughs in robotics. In Los Angeles, for example, the startup Relativity Space has integrated intelligent robotics, software and 3D printing technology to build rockets, and at Harvard’s Wyss Institute, researchers have rolled out Romu, a four-wheeled robot designed to combat soil erosion and restore damaged landscapes.

Robotics that interact with humans perform such tasks as combatting isolation among the elderly (the GenieConnect companion from Service Robotics in the UK). Students from UNC Asheville in North Carolina partnered with Cisco to create a robot called C15CO, which helps Cisco employees transport reusable dishes from offices to the kitchen. And then there’s Guido, a driverless robotic bar developed in Italy by Carlo Ratti Associati and Makr Shakr.

Robotic recycling is on a roll

The advent of robotics in recycling could point to a solution for the nation’s sudden recycling crisis, which began in early 2018 when China stopped accepting most American scrap plastic and cardboard due to contamination and a glut of plastics at its own facilities.

Waste Management, the largest recycling company in the U.S., installed its first robot in 2017 and has been aggressively investing in sorting technology to supply a cleaner product for end markets, according to Brent Bell, vice president for recycling at Waste Management. 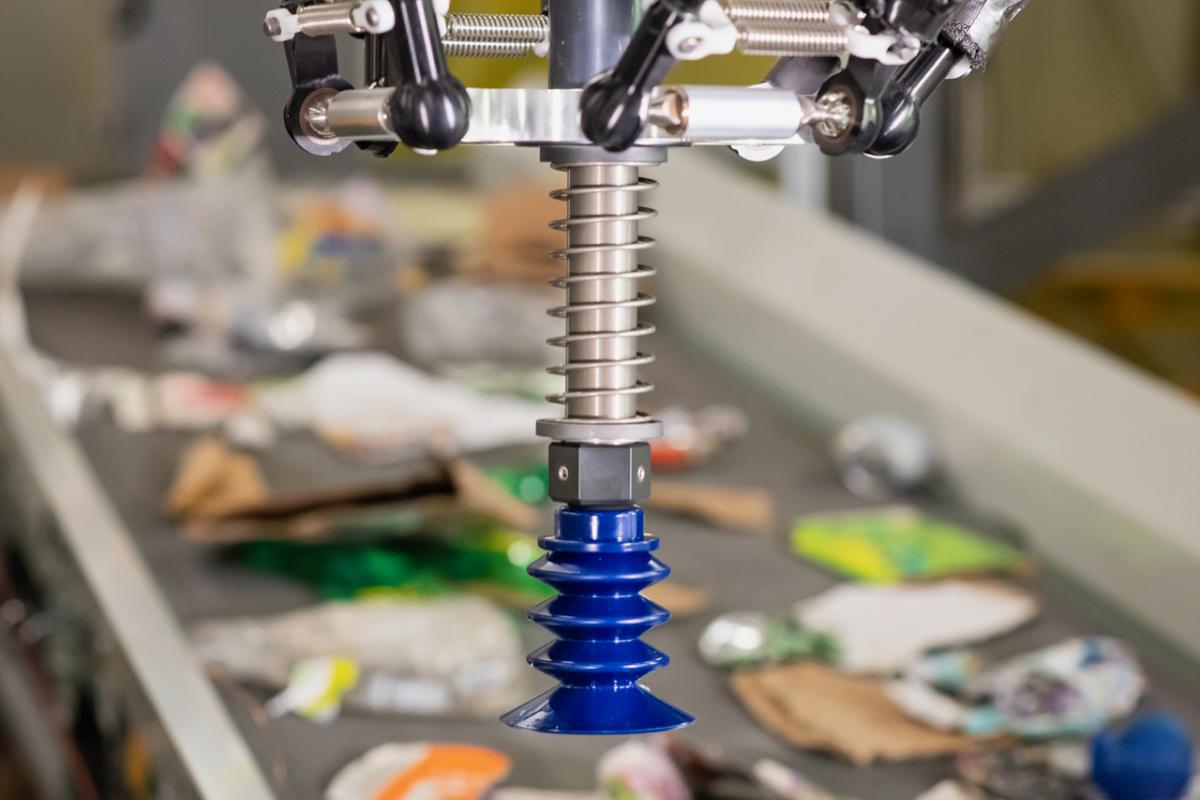 “We currently have three new recycling facilities being built using the latest technology, including our largest residential recycling investment which we refer to as the ‘material-recovery facility’ of the future,” Bell said.

Although SSR’s robotic recycling is a first for Florida, AMP has installations at dozens of facilities in several other states with more in the pipeline, Wirth said. Earlier this year, AMP expanded globally by partnering with Ryohshin Ltd. to bring robotic recycling to Japan.

An ever-improving eye for detail

AMP’s robotic recycling system incorporates three key technologies: AI-based learning as the brain, computer vision as the eyes, and smart-sorting robots as the hands, Wirth explained. Exact down to what brand a package is, the system transforms millions of images into data, directing the robots to pick and place targeted material for recycling.

Not only do the robots double the output of human sorters, Hansen said, they reduce labor and HR costs, as lower-paying jobs mean higher turnover; eliminate safety risks from contact with dirty diapers, needles and other contaminants; and improve the end-product quality.

“The robots have been performing exactly as expected,” Hansen said. “Robotics and AI will change the industry nationally.”

“With this data capture and the mechanization associated with it, we can create even more categories for recycling and add them to the value chain, making recycling much more cost-effective and accessible to areas that don’t yet offer it,” he said. “We’re really at the tip of the iceberg when it comes to deep understanding of the materials and the potential.”