And why business leaders need to care about this technology. 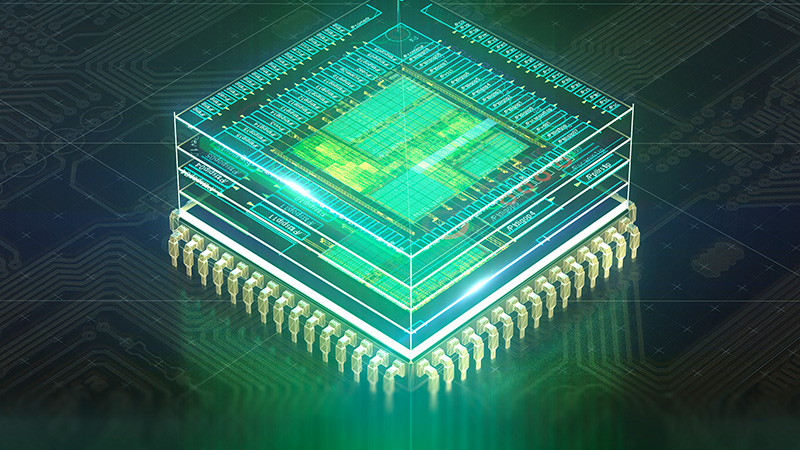 The way we understand computing is rapidly transforming. You may have seen plenty of news about quantum computing circulating around lately, and for good reason—the breakthrough technology can perform calculations in a much faster timeframe than anything before it. Quantum computing is a computer that runs on the laws of quantum physics, rather than computers that run on classical physics. Classical computers use bits of 1s or 0s to calculate problems, while quantum computers use quantum bits (qubits), which are made out of quantum material and can be in a position of 1 or 0, or by its probability to be either a 1 or 0. Because quantum computers can take advantage of some of the odd nature of quantum reality, they can answer complex problems that other computers take much longer to solve. Conventional computers must perform calculations in a series, one after another, until it has completed the task.  In a manner of speaking, quantum computers can “consider” many calculations at once, arriving at an answer in much less time.

What Google is saying

Recently, Google announced a breakthrough in “quantum supremacy”, saying that its 54-qubit Sycamore processor could complete a computation in 200 seconds. In comparison, Google says, it would take a conventional supercomputer 10,000 years to complete the same computation.

What Cisco is saying

Cisco knows that computing is developing exponentially, and they are working to maximize the potential of the new technology.

“Medical science could really be revolutionized,” says Cisco Fellow Dave McGrew, “And material science, similarly, the ability to do detailed models of molecules will make all sorts of incredible things possible in the post quantum era. But there’s a downside—the cryptography we use to secure the Internet is vulnerable.”

Cisco’s Stacy Cannady writes that the quantum advantage enables someone to figure out an encryption key as if it were half as long as it was—for example, a 128-bit key would be broken as if it were a 64-bit key. While it’s not an instant break, it certainly is a concerning speed.

A 128-bit key is considered commercial length, and it’s computationally infeasible to break. But if the key length goes down to 64 bits, a quantum computer could break the encryption within minutes.

“All of our networking equipment supports encryption for the purpose of keeping bad guys out and making sure that communications are held confidential to the company,” says Cannady, “Our concern is the progress that hardware companies are making with regard to quantum computers. When can we expect quantum computers to break encryption effectively and what are we going to do to delay that as long as possible.”

Why should business leaders care?

Quantum computing is an incredibly powerful technology that could accomplish amazing things, but it could also be dangerous in the wrong hands.

“Public e-cryptography is what we use to establish shared secrets on a global scale,” says McGrew, “And all those algorithms would be roadkill.”

Cannady outlines some solutions that both customers and business leaders can use to prevent encryption breaks from quantum computing.

“The best solution at this time is to use bigger keys,” says Cannady, “And that's what a lot of companies are preparing their products to do. If 128 bits is not good enough in a quantum world, then 256 bits is twice that—that should be computationally infeasible for the initial commercial quantum computers.”

“Companies should be doing research now in something called quantum resistant cryptography,” says Cannady, “These are new algorithms that are designed with the possibility in mind that they're going to have to resist a quantum attack.”

Put on the pressure

“Customers should put pressure on all of us vendors,” says Cannady, “They need to have a set of questions in mind for that vendor—does your product support encryption? What is your plan for deploying quantum resistance in your products? What is your roadmap for that? By applying this pressure, they are making it clear to the vendor that this is important to them. If a customer were to ask that of Cisco, we would say that our newest generations of products are already capable of supporting longer encryption keys. We can show that we are funding academic research on quantum resistance. We can show that we are actively roadmapping longer key lengths for currently accepted commercial encryption solutions. And we can show that we have staff trained as quantum computing experts who are monitoring the market, watching for developments.”