How will technology get man to Mars alive?

IT is set to play a key role in landing humans on the Red Planet. 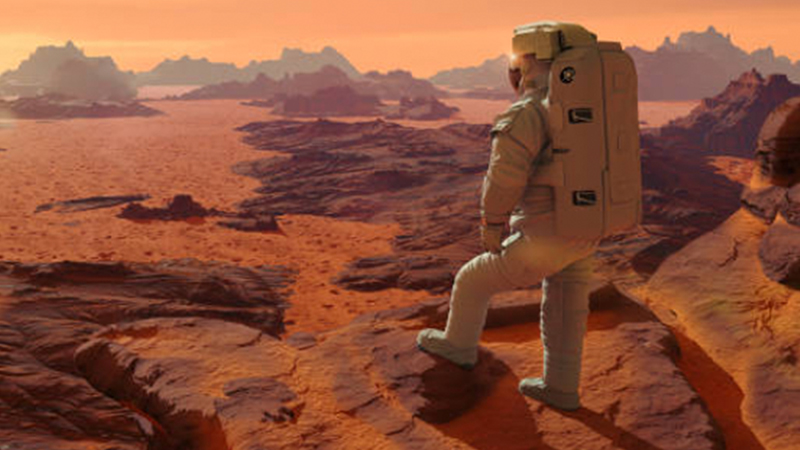 In the box-office hit The Martian, actor Matt Damon plays a spaceman beset by hazards on the planet Mars. While some of the threats, such as a rocket-toppling sandstorm, are purely in the realm of fiction, there’s no doubt that landing a human on Mars would entail severe risks.

And if, or more likely when, it happens, we won’t be able to rely on Hollywood to get us back. Instead, we will have to use today’s tech, because the race is on to get there now.

When SpaceX CEO Elon Musk addressed the 2017 International Astronautical Congress in Adelaide, Australia, he said a 2022 plan for cargo missions to Mars was “not a typo …. Five years feels like a long time for me.”

Humans would land on Mars in 2024, he said. Lockheed Martin, meanwhile, has plans for getting people to Mars by 2028. This might not seem like a big deal after probes have shown us what the surface looks like.

“We have been to Mars,” says Paul Kostek, of the Institute of Electrical and Electronics Engineers’ Aerospace and Electronic Systems Society. “We’ve sent robots there. The challenge we’re looking at now is how to send human beings.”

It’s not easy, though. While Mars is often touted as the only other planet in the Solar System we could live on, it remains a hellish place. There’s almost no air. What’s left is rarely above freezing, with a mean temperature of minus 80 degrees Fahrenheit. Even the soil is toxic.

The Institute for Defense Analyses’ Science and Technology Policy Institute (STPI) has evaluated many of the risks in a recent reportlooking at the chances of NASA getting humans to Mars by 2033.

Ben Corbin, an STPI research staff member, says the main tech hurdles in getting people to Mars will be around keeping them alive and getting them to the surface without crashing.

“Entry, descent, and landing on Mars is quite difficult, especially for heavy payloads like a human habitat,” he says. “Mars’ atmosphere is just thick enough to cause thermal problems but just thin enough that it’s not helpful for slowing you down when you come in for landing.”

Even if humans can get to the surface without being killed, it won’t be easy for them to stay long.

With almost no air, radiation could be a big problem, says Lucy Askew of Hillarys, a British home furnishings firm that has worked withprofessor Lewis Dartnell of the University of Westminster on what a house on Mars would look like.

“The house would be buried under two to three meters of soil to protect us,” she says. “We’d mine water and separate hydrogen and oxygen for breathing. Also, Mars has dust storms that can last months, so even though we’re using solar panels, we’d need to store that energy.”

At least all of these problems look as though they could be solved. One thing that people on Mars will not be able to change, though, is the sheer distance away from Earth.

Based on where the two planets are in their orbits around the Sun, a message from Mars could take between three and 22 minutes to reach the earth.

That means people on Mars will not be able to speak in real time to those on Earth, and much less call for help in a hurry if something goes wrong. Hence, any manned trip to Mars will use an IT tool that was not around when humans got to the moon.

The tool is artificial intelligence (AI) and it will be key to dealing with any problems that crop up on Mars or in transit, says Kostek.

“Computers being intelligent enough to make decisions in terms of how landings are performed or what kind of missions are done will make a big difference,” he says.

To keep people safe without the option of backup from Earth, the AIs used to visit Mars will need to be smart enough to deal with almost any problem a human could handle, from plotting a route to fixing a broken limb.

They will also be the first port of call for any jobs that might carry high hazards for humans, such as going out onto the surface of the planet. This leads to a point that current manned Mars mission plans have not addressed.

“The bigger question is why are you going to put people on Mars?” says Kostek. “What’s there that we need on Earth?”