It’s up to us to end homelessness

Cisco and the San Francisco Chronicle hosted a panel on poverty in the Bay Area. 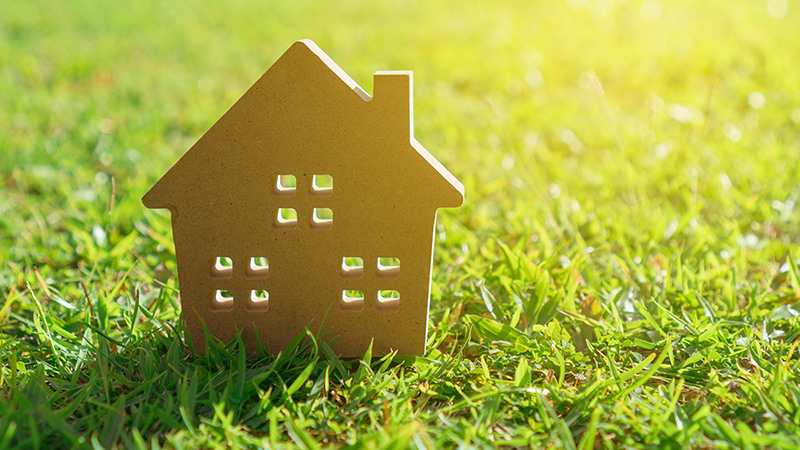 “Santa Clara County is the birthplace of some of the most iconic tech companies. We happen to be the fifth wealthiest county in the nation but also the third county with the most homelessness,” said Cisco SVP of Corporate Affairs Tae Yoo, “From a corporate perspective, we would never shy away from a solution if we had a problem like this in a company.” 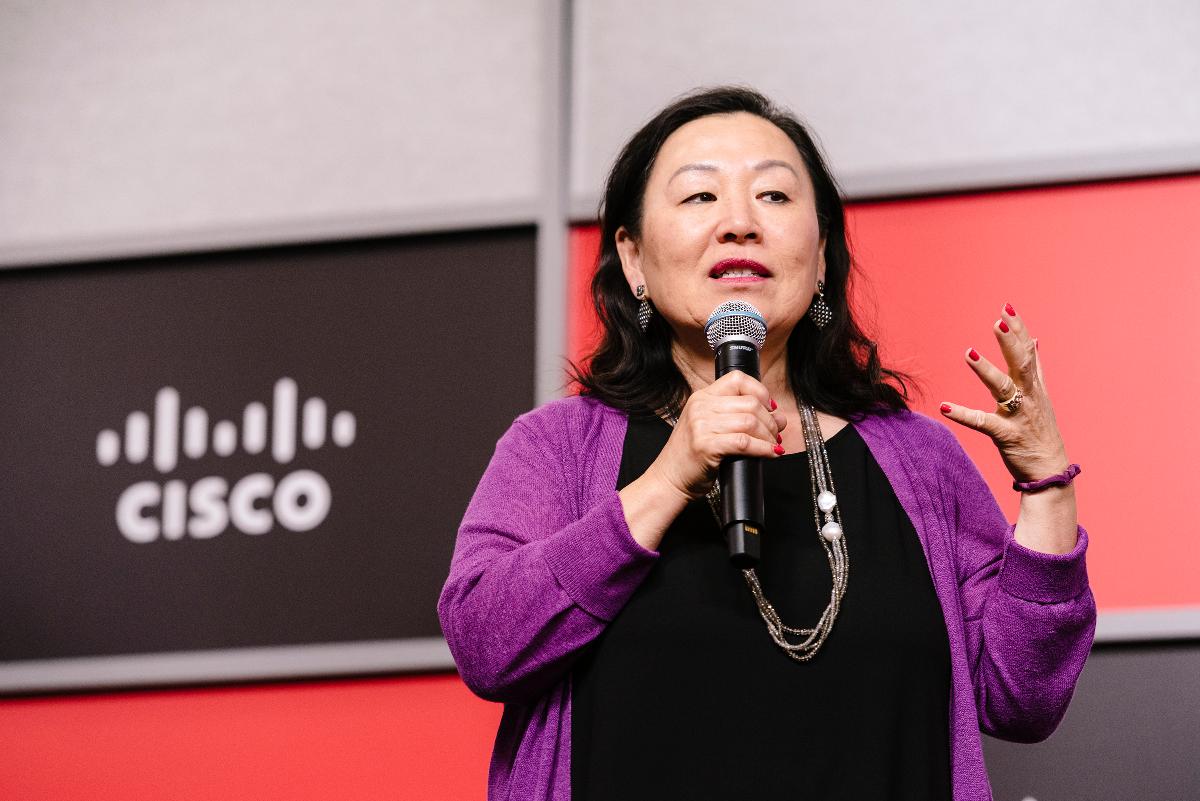 Yoo opened a Cisco-hosted panel at the company’s San Jose offices on August 8, where San Francisco Chronicle Editor-in-Chief Audrey Cooper was joined by San Jose Mayor Sam Liccardo to discuss homelessness in the Bay Area. This was as timely a conversation as ever, as 35,000 people are homeless in the Bay Area right this moment.  Cooper stated that in the past two years, homelessness in San Jose grew a staggering 42 percent . The goal for both Cisco and the SF Chronicle is to change and elevate the public dialogue around homelessness. The Chronicle has been covering the crisis, recently reporting on 24 hours inside San Francisco's homeless.

“We need everyone to step up to the responsibility. The cost of basic utilities, security, and resources are wasted not getting people housed,” said Liccardo, “92 percent of folks who get permanent housing are staying housed. The end in mind has to be permanent housing.”

Liccardo stated that much of the homeless population in Santa Clara County were originally from the area, and not brought in. The mayor also addressed the surrounding tech companies that occupy Silicon Valley, and urged them to step up to the challenge of getting involved.

“Fundamentally, we need tech companies to step up more. It’s on each of us as community leaders and government leaders to step up,” said Liccardo, “We need to recognize every individual as part of our community.” 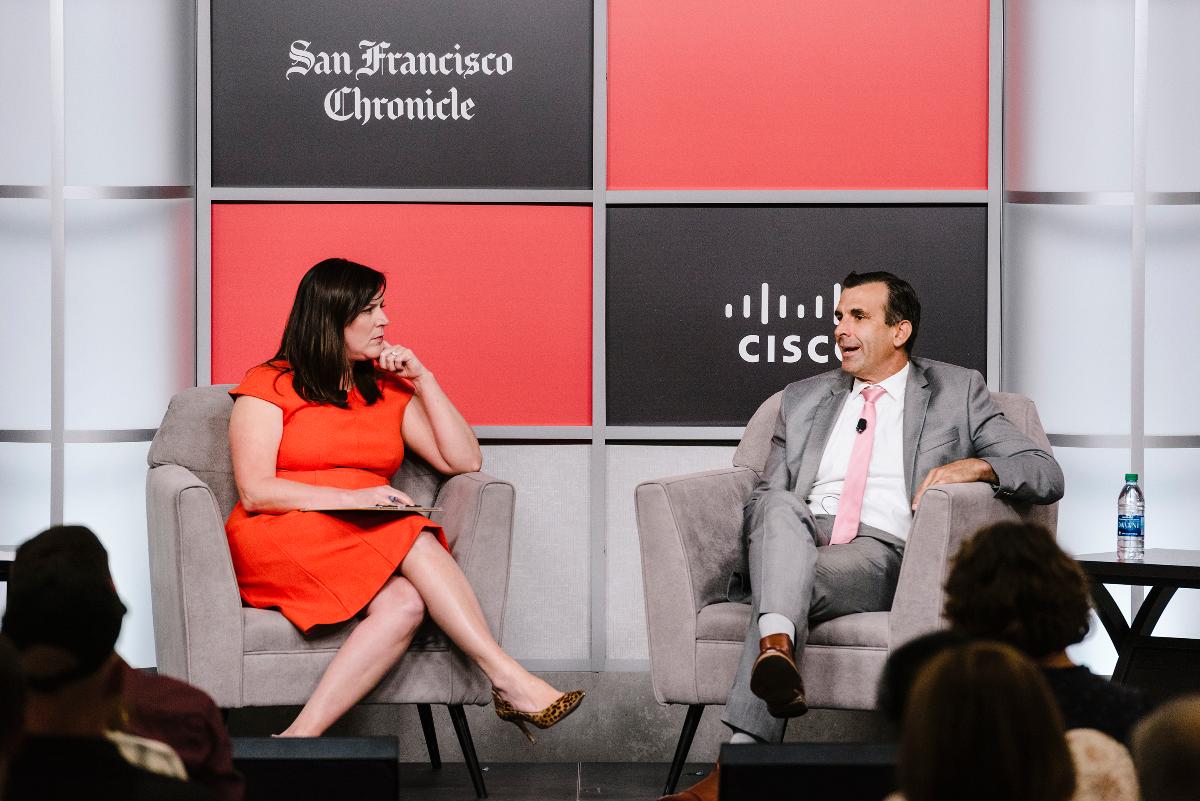 “Often we look at what someone did wrong to be homeless. What we don’t look at is how housing can be structurally unfair,” said Loving, addressing the fact that becoming homeless can be based on a multitude of factors, a major one being systemic inequality.

One major point made by panelists was the idea that while permanent housing is the end goal, simply having a roof is not always enough.

“There’s a skills gap as well—they need education and training,” said Sipili, “Just having a roof over a head is not enough, they need intentional services. Quicksand looks just like normal sand but the more you move, the more you sink. When you’re in that quicksand, you need something stationary to hold onto to eventually bring yourself up. That can be an agency, a case manager, an AA sponsor.”

Each discussion ended with the speakers encouraging listeners to go out and get involved.

“If you are not doing something today to address the homelessness crisis, we would love to find a way to get you engaged,” said Liccardo, “This is the ethical challenge of our generation.” 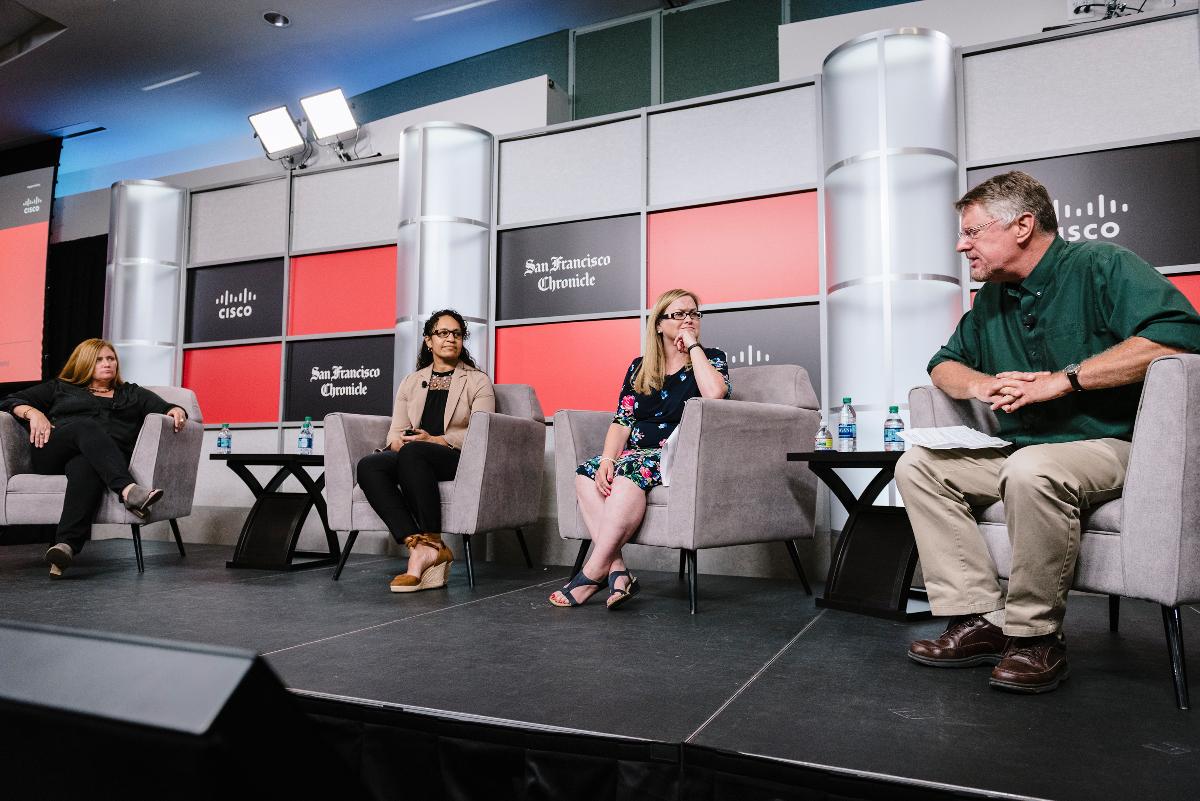 Cisco’s headquarters are in Santa Clara County, and the company’s CEO Chuck Robbins has pledged support in solving poverty and homelessness in the area. In 2018, Cisco committed $50 million throughout five years to help end homelessness in Santa Clara County through a partnership with Destination: Home. Destination: Home is a non-profit organization that works with partners to develop and fund strategies that reduces homelessness. The organization also promotes outcome-driven housing. This partnership between Cisco and Destination: Home can leverage public resources to build more housing, improve technology capacity across the homeless services sector, and invest in evidence-based practices that can most effectively help families in need.

As a part of its Corporate Social Responsibility efforts, Cisco aims to alleviate poverty in many different ways. The company’s overall goal is to accelerate global problem solving to benefit people, society, and the planet. Most recently at Cisco Live 2019 in San Diego, the company hosted an ongoing event called “Making an Impact on Homelessness”, where attendees could either make blankets or pack a meal kit for those in need.

There’s also Second Street Studios. This 135-unit permanent housing complex in San Jose has four residential floors for homeless folks with the most urgent needs. This project was funded by a private-public partnership between nonprofits, government, and local corporations. Cisco and its employees donated supplies to help fill the units, including bathroom and bedroom supplies to make the homes comfortable before the tenants moved in. Cisco’s IT team helped purchase a significant amount of resources to put inside of the individual apartments, and Cisco warehouse staff also helped put the equipment into storage and aided in distribution as well. To learn more about this effort, check out this video. To get involved with alleviating homelessness in the Bay Area, check out Destination: Home. 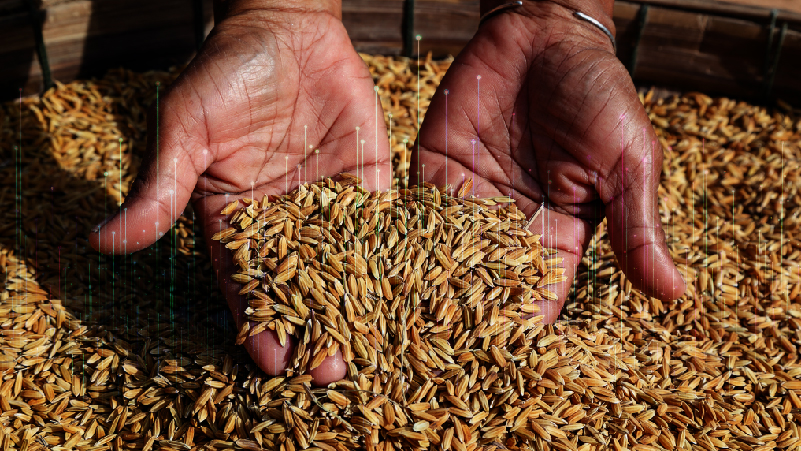