L2TP Softwire Tunnel technology is a component of Cisco's Carrier-Grade IPv6 (CGv6)solution that outlines the three approaches of Preserve, Prepare and Prosper for customers looking to transition to IPv6. The framework was launched in October 2009 with the Cisco CRS family, ASR series and other products supporting this solution.

SFR is second largest Service Provider in France and the largest Alternate SP in Europe. SFR has over 20M wireless subs, 4.5M broadband subs, and interconnect around 200,000 enterprise links. SFR is a fully converged wireless / wireline SP offering data, voice, and video services to the residential and corporate markets.

Cisco, (NASDAQ: CSCO), the worldwide leader in networking that transforms how people connect, communicate and collaborate. Information about Cisco can be found at http://www.cisco.com.  For ongoing news, please go to http://newsroom.cisco.com.

Cisco, the Cisco logo, Cisco Systems and IOS are registered trademarks or trademarks of Cisco Systems, Inc. and/or its affiliates in the United States and certain other countries.  All other trademarks mentioned in this document are the property of their respective owners.  The use of the word partner does not imply a partnership relationship between Cisco and any other company.  This document is Cisco Public Information.

Innovation & Impact
How Cisco is taking the Cadillac of Internet of Things network connectivity to the masses
Cisco has taken one of the most sophisticated IoT control systems in the market and stripped it right down to suit budget applications.
Innovation & Impact
Cisco and Real Madrid Power Europe's Most Connected Stadium
Real Madrid and Cisco, a leader in enterprise networking and security, have announced a multiyear global partnership during which they will deploy the largest Wi-Fi 6 stadium network in Europe to date that will make Santiago Bernabéu Stadium one of the most technologically-advanced sporting venues in the world. 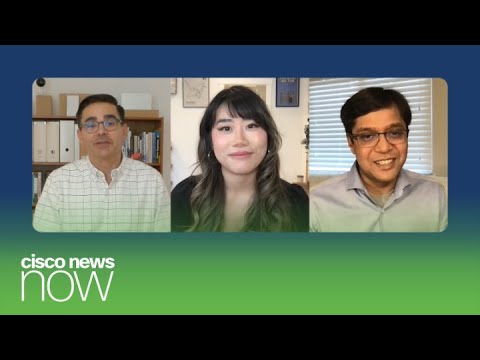 Video
Laying the digital foundation for the future of hybrid work
Cisco’s Chris Stori and Masum Mir discusses how innovation in networking and wireless will transform the way we work.