Cisco Canada President, Rola Dagher, believes sharing her story and background will help motivate and inspire others who face challenges.

Cisco Canada President, Rola Dagher, appreciates who she is and where she came from, describing herself as a proud Lebanese and grateful Canadian. She joined Cisco in 2017, which was a dream of hers. “My crush on Cisco began 20 years ago when I was working at Bell,” Dagher says with a radiant grin. “So, I had a crush on George Clooney and Cisco Canada.”

Like many families in Lebanon, Dagher’s parents arranged a marriage for her when she was 15. “My mother was married at 14,” Dagher explained. “That’s all my parents knew because back then, having six girls, my parents thought that marrying a daughter at an early age would give her a good opportunity for her future.”

But this was also a time during the Lebanon Civil War. Her parents moved often until they eventually left the country and immigrated to Canada. Dagher would have to wait a couple of years before she could reunite with her family, but by this time she was a mother with a 10-month old daughter.  “I landed in Canada, basically not knowing how to speak the language, knowing the culture or having a formal education,” Dagher said.

See also: How tech is powering the new era of CSR

Dagher began her sales career working in retail, but the hours were a grind, so she made her way to Bell, starting as a telemarketer. “I was the annoying person that would call you during dinner and sell you long distance minutes,” Dagher recalled. She worked her way up from selling long distance, to working in the business market and the public sector.

By the time Dagher rose through the ranks at Bell, she had left her challenging marriage, but found herself battling another crisis. “I was diagnosed with cancer and I panicked,” Dagher said. She had one daughter attending University and her son was in high school. That’s when she made a career move to Dell. She recovered from cancer and again worked her way up the corporate ladder at Dell becoming a Vice President.

Dagher admits it took her some time to talk about her cancer because she feared it would look like a weakness to her bosses.  “Mental health is the same thing,” Dagher said. “People shouldn’t be hiding it because they’re afraid. People should be able to feel safe to talk about it so they could have other people putting their arms around them saying it’s ok not to be ok.”

After the high-profile suicides of Anthony Bourdain and Kate Spade, Dagher reached out to Cisco Chairman and CEO, Chuck Robbins. Almost immediately, he and Cisco’s Chief People Officer, Fran Katsudas went to work to offer additional assistance to Cisco employees. For Dagher, this means everything. “I was absolutely amazed at how quickly they reacted. When Chuck came to Canada in October last year, that’s when we kicked off our partnership with The Center for Addiction and Mental Health in Toronto,” Dagher said.

Dagher envisions using Cisco’s collaborative technology to enable mental health patients faster and better access to physicians and psychiatrists. “People ask me where do you get your energy and why are you so passionate about people? I tell them a simple conversation could change someone’s life.”

Dagher herself is making her mark on this world and she’s getting recognition for it. She was recently named Woman of the Year by the Women in Communications and Technologies. It’s a prestigious award that recognizes men and women who are committed to diversity and closing the gender gap in Canada’s broadcast, communication and technology industries. “It’s absolutely amazing because to go from a war zone bomb shelter to being named Woman of the Year in Canada amongst all the amazing men and women in our field is overwhelming,” Dagher said.

Dagher credits many mentors who helped her get to where she is today, and she tries to pay it forward. “Once you learn it, and once you earn it, you have to give it back and return it and send that elevator back down.” 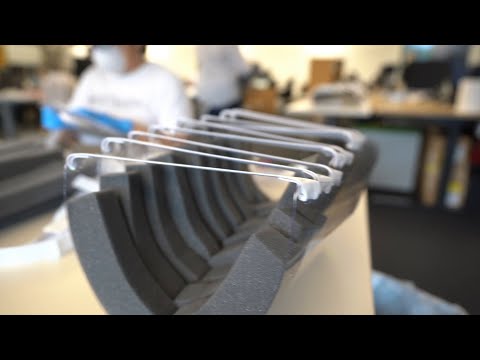 When COVID-19 became a global pandemic, Brice Achkir, a Cisco 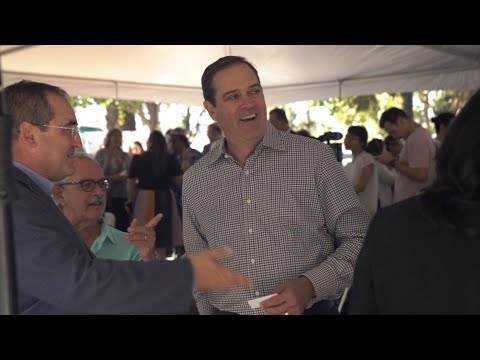 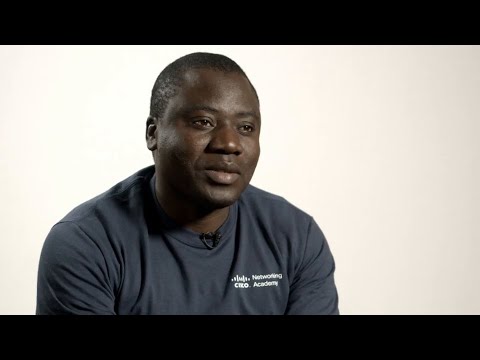