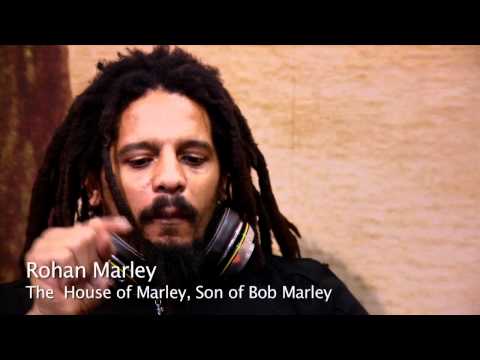 Science fiction networks have traditionally menaced humanity. But when they fail, we realize our reliance on them and how they connect us both singly and together.

Whether imagined as the telepathic Martians in War of the Worlds or as the all-seeing collective dictator Big Brother in 1984, science fiction networks—sometimes in the form of linked intelligences, sometimes as computer systems that "just wake up"--have traditionally menaced humanity and our individuality.

But now--for people who bid at 3 a.m. from their home computers for a rare treasure and follow the instructions of a GPS device as they drive to a first date with the person selected for them from an online service--when a science fiction network fails, like a dead cellphone on 24, we realize vividly our reliance on networks that connect us both singly and together.

From Frankenstein onward, science fiction has warned against the power of knowledge in the hands of an individual who ignores the bonds of community.  Networks confer knowledge that can empower both individuals and social subsets, like the ruling elite who project themselves as Big Brother.  As each person or device links into a science fiction network, the potential for abuse grows.

Disqus: What is your favorite "science fiction network"?

Science fiction networks, when understood as widespread infrastructure that can be centrally controlled, produce knowledge that threatens us.  In the movie Enemy of the State, networked U.S. spy satellites photograph and track the heroic protagonist who has come to possess technology that threatens the hegemony of the elite.  The faceless masters of the espionage technology, of course, use their network to try to kill him.  From The Humanoids to Star Trek's Borg, science fiction has used the "hive mind" to warn us that ubiquitous technology, and our subjection to it, devalues human individuality to the insignificance of an apian drone.

The notion that our networks may "wake up" to endanger us is clear in novels like The Moon Is a Harsh Mistress and Neuromancer, which gave us the terms "cyberspace" and "the matrix," or in movies like War Games and Terminator.

But to the degree that network power rests on communication rather than on transportation (think messages carried by routers rather than railroads), science fiction networks often lower the potential for violence.  The uniformed, militarily-hierarchical crew of Star Trek's Enterprise often battles, despite its nominally peaceful aims. However, in the novel The Left Hand of Darkness, thanks to the "ansible"--the instantaneous, intergalactic communication device carried by the envoy of The Ekumen--one person can "boldly go" alone, presenting no threat and opening up mutually beneficial cultural exchange.

In the short story, "The Last Flight of Dr. Ain," the title character concludes that humanity is destroying the Earth, so he develops a perfectly lethal disease that attacks only humans.  He then rides the commercial air transport network to save the Earth by spreading death.

The 9/11 hijackers also co-opted the air transport network, but the passengers of United flight 93 used the cellular network to learn that they were part of a terrorist suicide mission. This knowledge led them to heroically crash their plane into a Pennsylvania field and prevented the plane from reaching its intended target.

In the blockbuster Avatar, the Hometree, the central node of a global neural network that touches all life, enables the protagonist's transformation from isolated human using an avatar into a being expressing his individuality as part of the network.  This is what Earth-bound rebels are doing now in the so-called Arab Spring.

Throughout Avatar, an eco-friendly film that clearly resonated with a worldwide audience, the spoken humanist mantra is, "I see you," but the compelling conclusion is a silent yet radical opening snap of the eyes.

Today, that is the power of the network.

The contents or opinions in this feature are independent and do not necessarily represent the views of Cisco. They are offered in an effort to encourage continuing conversations on a broad range of innovative, technology subjects. We welcome your comments and engagement.

Telehealth: A revolution to patient-centered healthcare

This is a post by Julie Allen.  Carlos Pignataro, CX CTO, was

“I’m thrilled that you’re going to hear from

Powering a low carbon, zero emissions future for all

Climate change is an urgent crisis. As experts around the globe