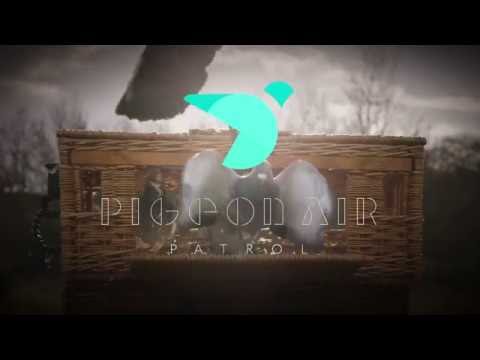 The success of a pollution-fighting pilot program involving pigeons and the Internet of Things  has taken flight in a big way. This month, it has expanded to involve humans. The Pigeon Air Patrol recruited about 100 volunteers in London to wear air quality sensors.

But this newest phase never would have happened without the innovative thinking of Pigeon Air Patrol creator Pierre Duquesnoy. Duquesnoy, who works at the London office of marketing and technology agency DigitasLBi, says he came up with the notion of giving pigeons connected air sensors as part of a Twitter contest called #PoweredByTweets, in 2015.

He took part in the contest with his then creative partner, Matt Daniels. "At that point I was learning about air pollution," he says. "I had read a few papers on the subject, and one said there was a need for more data about the problem in London."

See also: Tech and the environment

The city has a number of met stations that provide very exact readings, he says. But they are in fixed places, so cannot track air as it moves around. Since people cannot see the dirt and poisons in the air, it is hard to get them to react to it.

"It's a problem that you can't see," says Duquesnoy. "And that means people don't think about it. I thought: ‘How could we wake people up and at the same time get more data?'" The Pigeon Air Patrol concept woke people up enough to win one of two first place prizes in #PoweredbyTweets. At that point, though, it was just a concept. Duquesnoy was not sure if it would go any further.

Then Duquesnoy took a phone call from a Paris-based startup called Plume Labs, which is working towards cleaner air around the world. Plume had an ultra-light air quality sensor. Would he like to use it for the Pigeon Air Patrol? Duquesnoy leapt at the idea.

But he soon found that hooking pigeons up to a data capture system was easier said than done. For a start, the birds had to be happy flying with sensors on their backs. That meant stripping the already small sensors down to their bare basics, to make them as light as possible. Then tiny jackets had to be built in order to hold the sensors in place. The Pigeon Air Patrol team worked with a racing pigeon owner and a vet to train 10 pigeons to fly with the sensors.

The team released the birds from a number of points around the city, at the height of rush hour every day for a week. The effort paid off.

For the first time, the sensors measured ozone, nitrogen dioxide, and volatile compounds, giving the team important data to show pollution levels right across the city.

The pigeons provided data over the mobile phone network that would have been hard to get any other way, especially since the use of drones is controlled in London. The birds crossed London in about half an hour, a fraction of the time it would have taken to cover the same distance at ground level, and showed pollution levels in the sky above Londoner's heads.

Perhaps the biggest gain of all, though, was that the Pigeon Air Patrol campaign helped turn air pollution tracking into a top news item. Major news outlets, from The Guardian to CNN, ran the story. As a result, Plume Labs was able to secure people and funding for the next phase of its fight against pollution. This involves having humans wear the sensors, and getting data on an ongoing basis rather than just for a week.

The people phase kicks off in January, and will involve more complex sensors. London's  Imperial College will provide data analysis. In the meantime, the feathered heroes of the Pigeon Air Patrol have gone back to normal life in the loft.

But Internet of Things (IoT) expert Dima Tokar, of MachNation, says there are plenty more networked animals springing up in their place. "In the farming industry, several firms are developing solutions for livestock management," he says. "In the consumer space, there are a variety of connected solutions for pet tracking."

Other connected-animal applications include using sensors to track and protect endangered species from poachers and rogue hunters, and even a Dutch company that trains birds of prey to hunt down hostile drones, Tokar says.

"Creating new revenue streams and driving down costs are major benefits that are driving the adoption of the IoT," he says. "All industries, including those working with animals, are likely to be revolutionized."

Bringing the power of UCS to a global crisis

This is a guest post by Sean Michael Kerner.  Andrew McArthur

2020’s global pandemic created a quick and massive shift for

Lessons in leadership and innovation at Cisco Live

This is a post by Sean Michael Kerner.  The world today is beset

The networks that can help you do your part for science

Networks are letting people around the world help with vital