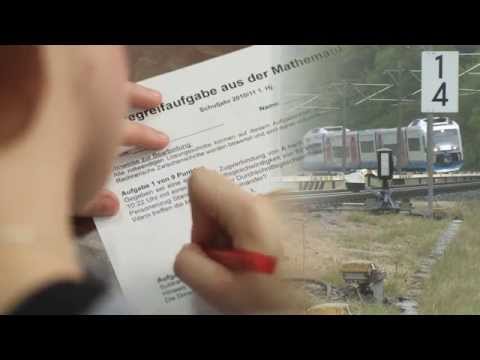 A look at the Railway Collision Avoidance System, a 'safety overlay' system which can be deployed on top of any existing safety infrastructure in train networks.

Despite 200 years of development, train accidents are still a cause for concern in the rail industry, but now sensor technologies are helping make things safer.

Before we start, here's a warning: don't let this story put you off your next train journey. Rail transport is extremely safe. Between 2000 and 2009, an average of just 22 Americans died per year travelling on trains. Compare that to more than 26,000 auto deaths.

And when you do a like-for-like comparison based on passenger-miles travelled, rail ties with air travel as the safest form of transport on the planet. It's even safer than walking. That said, accidents do happen. Perhaps more often than you would think.

Across Europe, for example, there is an average of one or two train collisions every day, according to a 2010 European Union Railway Safety Report. Thankfully most of these aren't bad enough to make the headlines.

But every accident is one too many, particularly given that rail technology has been around for some 200 years, far longer than cars or airplanes. Now, though, it looks as if technology of a much more modern kind might help avoid an important source of rail fatalities altogether.

Dr Thomas Strang, of the German Aerospace Center or DLR, has been working since 2006 on a way to prevent train collisions that draws on the kinds of sensor technologies seen in the Internet of Everything, which is defined as bringing together people, process, data, and things.

#72: How The Internet Of Things Is Keeping Trains On Track by The Network Podcast

Train crashes tend to happen when several things fail at once, he explains. "If just one thing goes wrong it's usually covered by a protection system."

When he looked into the problem, Strang, who owns a pilot's license, thought it was strange that trains did not have a traffic collision avoidance system like aircraft.

This ‘TCAS' technology uses air-to-air radio communication and on-board transponders to warn pilots when another plane is getting too close.

Ships use a similar on-board collision avoidance alarm, but rail safety relies entirely on centrally controlled trackside systems. There is nothing inside a train to detect a potential collision problem. So why not build a TCAS for trains, thought Strang?

One problem was the definition of what constitutes ‘too close'. For aircraft, a near miss can be anything up to five nautical miles away. On railways, however, trains are designed to pass within a few feet of each other while travelling on parallel tracks.

The other challenge is that aircraft can avoid each other by moving away in any of three dimensions, but trains cannot. They work in what Strang calls one-and-a-half dimensions: backwards, forwards, and sideways at switch points.

To build a TCAS for rail, Strang and his team built a system that could use sensor and positioning data to determine exactly which track a train is travelling on. This can then be checked against the information provided by a similar system in an oncoming train.

If it looks like both vehicles are on the same track, off goes the alarm. It sounds simple in theory, but working out which track a train is on is not easy.

The Rail Collision Avoidance System, or RCAS, uses GPS data to work out what stretch of track it is travelling on, plus an inertial measurement unit to determine whether it is on the left- or right-hand track, based on how sharply the locomotive takes curves.

This information is then broadcast directly to other trains within a five-kilometer (three-mile) radius using a Terrestrial Trunked Radio. The system builds a map of the track as it travels along its usual routes, or can be fed mapping data in advance.

The beauty of RCAS is that it is an overlay system that complements other existing technologies to further improve safety. It doesn't rely on base-stations or track-side equipment and it can be fitted to any train.

Intelligence on Wheels, the DLR spinoff commercializing RCAS, even has portable products for rolling stock and is developing a version for track workers.

RCAS has been commercially available since 2013 and last year got the European Rail Award for Excellence in Safety and Security. The system is being piloted by a number of railway operators worldwide.

"There are many technologies that try to avoid collisions," Strang says. "But they do it in the traditional way, using lots of trackside sensors and base stations, which is very expensive. We put the information in the hands of the train drivers."

It’s time to get selfish and put your people first

Technology to power an inclusive recovery

Technology groups have always been about empowering, driving

From smart factories and hospitals to connecting communities

The Inclusive Future starts with a liveable planet

Powering an Inclusive Future is central to the very mission